Probably no artist today can depict the petty bourgeois world like these two artists. For one thing, both come from a purely small-town environment (but in contrast to many others, they have no problem admitting it). For another, they live in Germany, which has cultivated its own form of petty bourgeois life that is a combination of two contradictory world views: a strong irrationality and a tersely rational approach formulated by German philosophers. As the last century has shown, this leads to conflicts with catastrophic consequences.

Anna and Bernhard Blume willingly confront this conflict in their work. Their primarily black-and-white photographs illustrate the German petty bourgeoisie’s attempts at coping with its irrational fears, instincts and fantasies without betraying the philosophers’ sublime rationality. The result is always the same: chaos, corruption, and catastrophe.

Their photo sequence from 1989, Methaphysik ist Männersache (Metaphysics is Men’s Work) is unforgettable. In the deep German forest, associated with the great philosopher Martin Heidegger, unbelievable things are taking place. Trees begin to move, women hang like rags on the branches, and so the male saviour has no choice but to imploringly kneel in front of the trunk of one of these many trees. In Eucharismus (The Eucharist) from 1974, everyday lunch transforms into a religious ritual reminiscent of the last supper. In Vasenekstasen (Vase Ecstasies) from 1987, living room vases are set loose and surrealistically threaten the owners of the distastefully furnished living room. Even the actors, Anna and Bernhard, are dressed with the same bad taste. She is in a flowered dress made of stiff, plastic material with curled hair. He is dressed in grey trousers, a white shirt and a cheap imitation English jacket.

One of their last sequences is entitled Tranzendentaler Konstruktivismus (Transcendental Constructivism). Constructivism, an artistic movement from the beginning of the last century, asserts a rationality that is defined with the help of pure geometric shapes. However, how do these shapes allow for the needs of the human body whose shapes work against any geometric order? And how can rational understanding of the world be transcendental? One of the shots from this sequence gives a clear answer: it shows a face pressed between two squares, radiating infinite suffering. 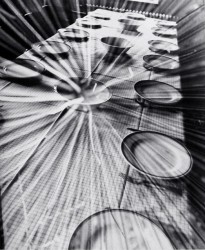 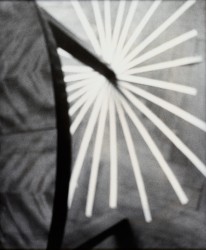 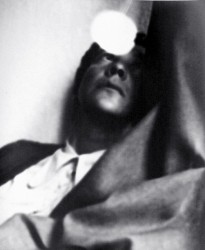 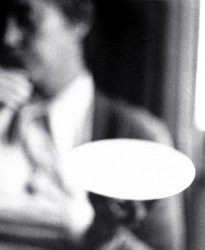 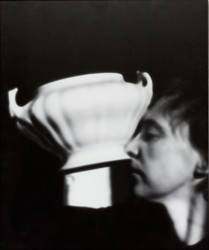 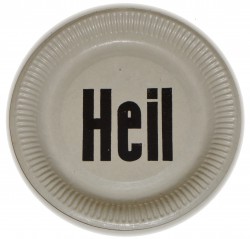