On 11 May 1976, Jiří Kovanda asked a man and a woman to stand bare-foot and kiss on wet cement. This act, The Kiss, was then documented by photo-portraits of the participants and the footprints left in the hardened cement. The kiss itself is not seen, though it is still present: in the audience’s imagination. This occurred in Prague during the communist regime, at a time when suspicion and fear prevented any form of open meeting. Nevertheless, a kiss is a gesture of unconditional love. And indeed the philosopher Emmanuel Lévinas considers love as a completely unique form of meeting, because it provides strength to free oneself from the bonds of power.

In later years, Kovanda continued in a similar spirit, with acts—now well-known—that he carefully documented each time, as if they involved a scientific experiment. Once, waiting by a railing on Wenceslas Square, another time, standing with outstretched arms in the middle of a moving crowd, or carrying water from the Vltava River in his hands against the current. Whatever these acts might have been, they all have one thing in common: they were an expression of free agency.

Kovanda’s actions are absurd. And the absurdity increases to the point of minimalism and conceptualism: For example, in 1981 he poured salt around a bridge pillar and sugar alongside the arched railing and called it Salty Corner, Sweet Arch. But this development also applies to his later works. His action at the Tate Modern Gallery in London in 2007 was also absurd, as if he were revisiting his earlier The Kiss. This time, he himself stood behind a glass wall and with a sign on his chest asked passers-by to kiss him. And indeed—pictures of girls kissing the artist through the glass then went around the world.

The frequently cited 17th-century philosopher Baruch Spinoza believed that every free notion was first an act of conscious deception. And what else are Kovanda’s acts if not deception and pretending? They can be instructions for achieving the impossible: how to break a hole into political or artistic constructs ossified by totalitarian thinking that can be filled with free will. The fact that these instructions seem absurd does not make them any less effective. Or, as Franz Kafka already knew, realities constructed from arbitrariness, coincidences, and force cannot be rationally resisted. They can be resisted only with an illusion based on the ability to imagine the impossible, and especially the courage to deal with the absurd. 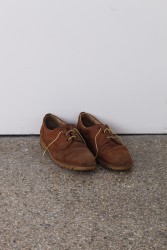 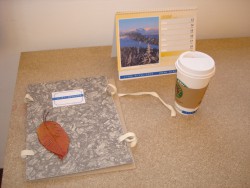 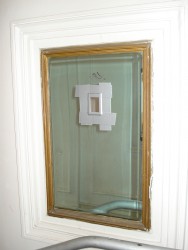 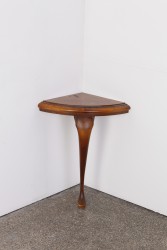 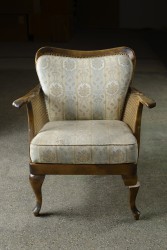