The works of Dominik Lang are conceptual and absurd at the same time. How does this fit together? Doesn’t the conceptual artistic approach indicate an objectively rational relationship to the world, while absurdity relates to subjectivism—a bluntly opposite view on reality? Lang demonstrates that this is possible. He has combined absurdity with the conceptual approach, and in doing so, created a clever trap for audiences.

In 2009, he covered the entrance to Prague’s Špála Gallery with a glass wall. Why? In order to prevent anyone from getting in. If everyone could enter the gallery, they would perceive it as any other gallery—thus only half-consciously. Another time, Lang put a glass ceiling on a room with floors above it and illuminated it from within with lamps, so visitors had the feeling of daylight. Even the installation was entitled Daylight. As the author states, it is an illusion that evokes uncertainty for visitors, because it shows things from a different perspective. And for understanding Lang’s work, this is important: his intention is not new, original ideas, but to transform this notion of what already exists with the help of illusions. After all, the Baroque philosopher Baruch Spinoza was already aware of the fact that every new idea is first a conscious illusion.

When Lang was invited to represent the Czech Republic at the 54th Venice Biennale, he proposed something totally out-of-the-ordinary: to exhibit the work of his father, Jiří Lang—modernist sculptures, which had received very little recognition. The sculptures had thus accumulated in the house that Lang grew up in. He became not only the curator, but also the architect and restaurateur. If a leg was missing, he replaced it with an iron rod. He placed a sitting women on a cabinet and created an iron fence for one standing figure. He called the installation The Sleeping City.

What is the purpose of this? Who is being deceived, and with what and how? Did he want his father’s work to be recognized? Certainly not. Did he use the work as material? The more we ask, the more absurd everything becomes. The conclusion: there are no criteria at all. The only thing that applies is Lang’s biography. And this was his intention: ”To show how the past and human fate are submissive to historical mood.” This can only be resisted through an illusion that assumes fantasy and bravery, which also allows for absurdity and one’s own biography. And this is exactly how Lang has enriched conceptual art—which is quite significant. 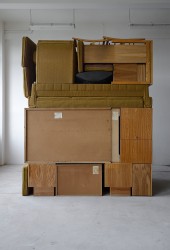 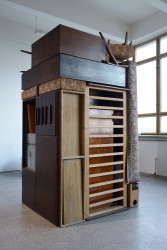 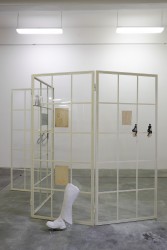 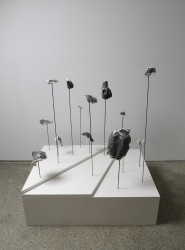