The scans, photographs and prints of Fabian Marti are teeming with familiar symbols: skulls, Celtic crosses, crystals or unusual stone formations, knives with crossed blades, African statues, and retouched photos of the ruins of ancient temples. However, it is not only the semantic side that defines the visual world of this artist. Even the way he creates this world is often innovative. Marti manually manipulates the photographic process—he leaves traces of dust on the hotographic paper or scratches the surfaces with a razor. In addition, he uses all forms of digital manipulation in order to interconnect, for example, photographs of African sculptures with the later images of Francis Picabia. He sometimes uses a photocopier as an x-ray machine. For instance, he left a mushroom on the glass of the machine for 12 hours, removed it, and illuminated the spores from the mushroom without covering up the glass surface. A white ring then shines on the black background which creates organic particles, the seeds of new life. The results of such processes and intervention end up being something between aesthetic dustcovers of heavy metal albums, the austerity of ethnographic photo-documents, avant-garde graphics of the 1920s and the cold elegance of snapshots from the 1950s. Nevertheless, despite the diverse expressiveness in Marti’s images, they all have one thing in common: mystique.

Marti exhibits his photography, prints, and even films in architectural constructs as if they were made of individual pedestals for statues that are normally used in museums. His wooden constructions resemble giant crystals or even the famous Merzbau by Kurt Schwitters. They can be entered as mysterious caves, and at the same time, the unique exterior still serves as a pedestal for ceramic statues that Marti himself has created. There seems to be an intermingling of archaism and the strict geometry of modernism, calculated forms and uncontrollable organic growth. And this is what truly interests Marti: the contemporaneous nature of cultural phenomena, which were not long ago separated from each other in space and in time. An African statue and the elegant lines of Picabia, ancient ruins and electronically manipulated images, as if they were primitive ceramics and photos taken by an iPhone—everything here suddenly relates to everything else, it all provokes other associations, notions, and projections, everything opens the way to the memory and allows more and more images to form—similar to the incessant growth of a mushroom. 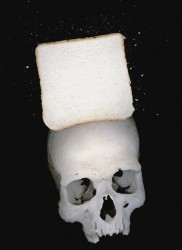 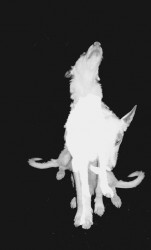 Composition for a Rhombus 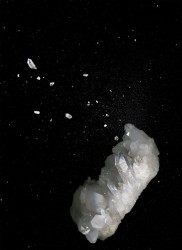 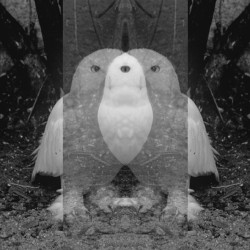 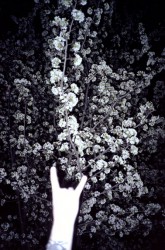