A ray of light illuminates the woman in the study. A halo shines about her head. It is not the divine light of heaven that “enlightens” a woman named Mary, but the yellow glow of a computer, reflected from a glass pane in the background. The photograph is part of the series Portraits at Night, which shows women and men sitting at a desk by a computer. In the photographs, people in a dark room are illuminated by yellow, red, blue, or green light. Using the same composition but with chang­ing colors, Ralf Peters causes the people to take a backseat to the light and its source as the photograph’s subject. The works show not the people’s individuality, but the uniform nature of the constellation “man in front of computer”. The internet’s promise of commu­nication links and nearly endless wealth of information (as indicated by the light as a symbol of knowledge) stands in contrast to the seclusion of the people depicted.

Equally reminiscent of desert oases are the gas sta­tions in another of Peters’ series. As architec­tures of light, they illuminate the photographs’ placeless darkness. By digitally removing all writing, the gas stations lose the strategic marketing symbols that make their companies unique. Instead, there emerges the unmistak­able monotony of the functional buildings. In this reduction of form, they resemble temples, with the colorful light representing a promise to the masses: the presumably limitless avail­ ability of nearly everything, especially gasoline. Using the material from which photographs are made—light—Peters illustrates what flutters around our consumerist society like moths: information and oil, both represent power.

A recurring theme in Peters’ conceptu­alist photographs is how he plays with similari­ties and differences. Different Persons is a series of 12 women who look startlingly alike. The viewer assumes that the reason for the minor differences is the photographs’ digital manipulation. In fact, Peters spent years looking for these unrelated women. Through his inconsistent interventions—sometimes he alters reality, sometimes he manipulates the image of reality—he upsets the viewer’s sense of certainty and confuses his distrust of the photographs. The viewer will be con­stantly doubting Peters’ photographs—and perhaps the pictures of our world as well. 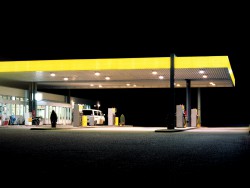 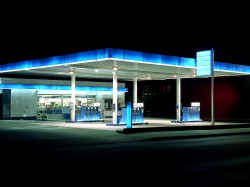 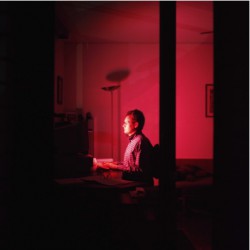 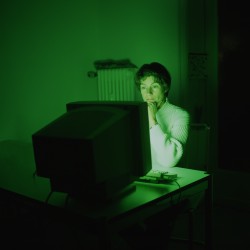 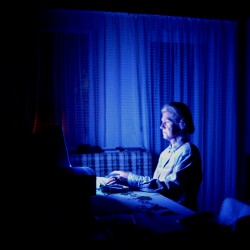