When in 1916 a group of Dadaists, including Hugo Ball, Emmy Hennings and Tristan Tzara, began performing at Zurich’s “Cabaret Voltaire”, Europe was shocked—and not only the art community. Their provocative performances became legendary. Even in the 1960s, they inspired not only art happenings and Fluxus, but also the founders of the Situationist International who played an important role in the student revolts of 1968. When Gelitin performs today, nobody is shocked, although these four (Ali Janka, Tobias Urban, Florian Reither and Wolfgang Gantner) in no way lag behind the provocative potential of Dadaism. They like to appear in public either half nude or dressed in a ridiculous fashion. With almost childish naiveté, they create absurd devices from rubbish, they organize infantile installations with stuffed animals, make statues from sausages, and paint huge colourful pictures that sometimes include a horribly ugly Mona Lisa. Everything that this group does is pure provocation.

What is the point of this provocation if no one is ever shocked? Today, most everyone knows that art is not only beauty, perfectly proportioned nude female bodies, or portraits of notable citizens. Artists are also no longer considered to be geniuses we bow down to. Indeed, many things have changed since the era of Dadaism. However, the deeply rooted need to idealize the world and not to see its shadow or its imperfect side remains with us. And it is Gelitin that has occupied this shadowy and oftentimes sadly absurd side of the world, and with its own atrocities, has turned it towards the light. At the Expo 2000 in Hanover, the group exhibited Weltwunder (Wonder of the World). Whoever wanted to see it had to go under water and swim through a three-metre canal. And what did they see? That remained a mystery. On the Colletto Fava hilltop near Genoa, they erected a 55-metre-long pink rabbit that, in this particular landscape, parodies cultural monuments. And the performances of this group in public are also parodies in themselves: using old carnival tricks, dressed in women’s clothing, completely undermining conceited male authority. The ability of parody to release the potential of opposition to all repressive power structures was convincingly shown by the American philosopher Judith Butler, and before her, the Russian theoretician Michail Bachtin. And even though Gelitin’s performances do not shock people anymore, they still have a way of always provoking them. 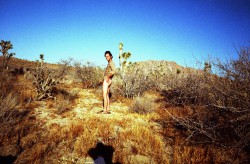 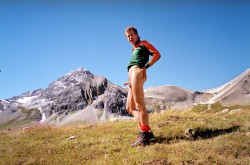 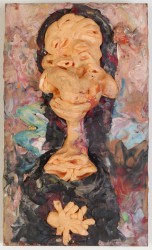 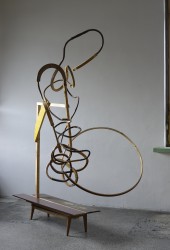