Christian Jankowski became internationally famous from one day to the next. And rightfully so, since his work was a significant milestone. Until then, nobody had ever combined fiction and reality in a work of art so perfectly. This happened at the 48th Venice Biennale in 1999, where he presented his video Telemistica: he asks five television clairvoyants in the video about the success of his planned project for the Venice Biennale. However, his bad Italian, and above all, the clairvoyants’ inability to understand Jankowski’s intentions lead to such absurd circumstances that viewers cannot react in any way but with laughter. Nevertheless, the author’s aim was not humour, but to communicate modern art to the mass media, which usually only a small number of insightful artists are able to achieve. It is immediately clear from the video what the boundaries of such an attempt are.

However, Jankowski had drawn attention to himself earlier as well, in 1992, with such videos as Die Jagd (The Hunt), in which we see the author “hunting” food in a supermarket with a bow and arrow. Another unforgettable video is his Kunstmarkt TV (Art Market TV), presented during Art Cologne in 2008. Two professional teleshopping moderators offer for sale works of art by artists, such as Franz West or Jeff Koons. A year later when Jankowski was invited to an exhibition at the Kunstraum Innsbruck, he spent several weeks in a spa and underwent all of the therapeutic procedures, e.g. massages, various exercises, and mediation. Under the title Das gesunde Werden (Getting Better), he documented his own convalescence. Art and business, the private and public spheres, everything in the work of this artist mingles together in a totally absurd, yet intelligent and humorous form.

The most spectacular event was perhaps Jankowski’s project from 2011 at the London Frieze Art Fair. Here, he offered a real, 65 million euro worth yacht for sale at a price of 75 million euros. Experts were in agreement that the price was reasonable, even favourable, because the buyer would not only acquire a luxury boat, but also a valuable work of art. One of Jankowski’s last projects, Review, was presented in 2012 in New York City. It was created with aesthetically arranged wax-sealed bottles containing handwritten reviews of the project from world renowned art critics. The only way to know what the critics had written was to destroy the artwork, to break the bottles—and this again is one of Jankowski’s wonderful paradoxes. 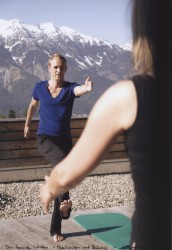 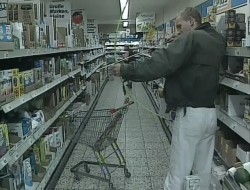