His photos almost always take up the whole wall. They are displayed in long rows next to each other. But why? we ask. There is really nothing special to see. And this is precisely what fascinates Piller—their banality. For many years, he has faithfully cut out these photos from regional newspapers and diligently stored them in his archives, 7,000 in all, divided into hundreds of categories by topic or just by similarity in form. He also has a collection of 12,000 aerial shots of ordinary houses from a company that wanted to sell them to the homeowners—these also serve Piller’s aims.

Piller sometimes even takes photos himself, and even, draws. But his true passion is collecting. He collects pictures of all kinds, old postcards included, and even images from the Internet. He is not interested in spectacular scenes that we know from the front pages of tabloids, but if possible, ordinary, unimportant images documenting triviality, the fleeting nature of things, and pettiness. His series of houses in desolate suburbs and surrounded by anonymity and loneliness arouses compassion rather than admiration, and certainly not the notion of a wonderful, exhilarating life that the ads attempt to suggest to potential home buyers. Piller refers to this boring and dismal habitation as Schlafende Häuser (Sleeping Houses). And when this inexhaustible archivist compiles a series of clippings showing seductively dressed girls with pistols in their hands, these Schießende Mädchen (Shooting Girls) appear to be trite and commonplace rather than dangerous and sexy.

Piller also documents boredom, loneliness and emptiness with his own photos from his trips to the suburbs of large cities, such as Hamburg, or the not so large, though expansive former capital of Germany, Bonn. Empty, desolate spaces without trees that the commercial developments have left behind like huge wounds, lined up one after the other. As if the author with his photos wanted to prove a theory by the famous German sociologist Alexander Mitscherlich on the dismal state (Unwirtlichkeit) of our cities. Elsewhere, Piller photographs cars with the logo of the grocery chain “Kraft” (strength) on the motorway between Hamburg and Leipzig. The resulting slides were then projected onto a large wall —and at last the audience understands why Piller often cites a phrase attributed to Johann Wolfgang von Goethe: “Search nothing beyond the phenomena. They themselves are the theory. 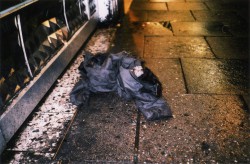 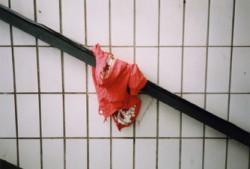 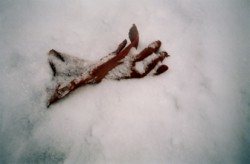 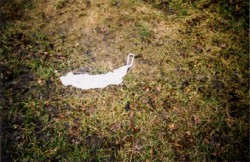